Arturas Novikas is the leader of “Jazz Island”, the teacher, the director of the voices, the choreographer, the creator of the arrangements, and the person who inspires. His biography is not only “Jazz Island” though. 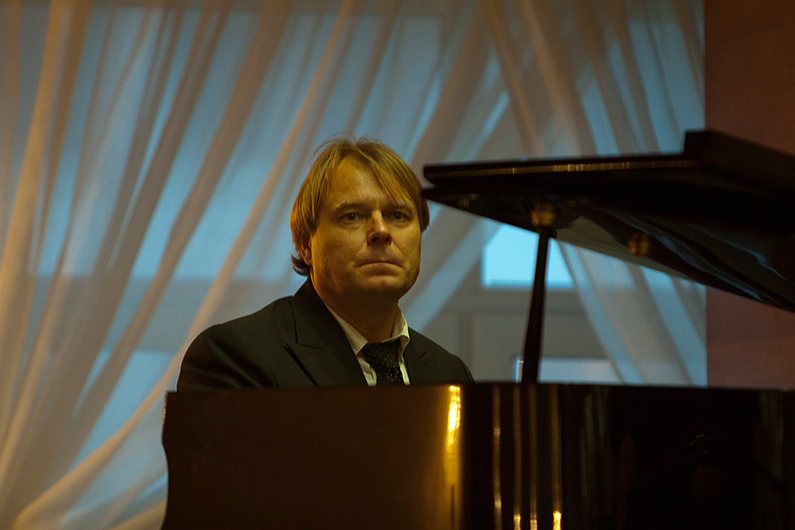 A graduate from M. K. Čiurlionis Art School, A. Novikas continued to study at the Lithuanian State Conservatoire and got a choral conductor’s degree in 1990. In 1987 he became a leader of the Lithuanian State University light music vocal ensemble, in 1990 – a leader of the vocal ensemble Jazz Island. In 1987 A. Novikas became a choirmaster of Ugnelė, a song and dance ensemble of Vilnius House of Schoolchildren, later promoted to the position of chief choirmaster. In 1991 he founded a jazz studio in the Lithuanian Centre for Children and Youth.

In 2004 A. Novikas founded a private jazz school.

A. Novikas also teaches ensemble singing at the Arts Faculty of Vilnius University, leads the jazz choir of the Lithuanian Academy of Music and Theatre, pop music ensemble at Mykolas Romeris University, conducts workshops for teachers, coaches soloists and vocal ensembles. A. Novikas acts as a juror in a number of musical projects and gives advice for TV staged music shows. Former students of A. Novikas are successfully pursuing careers of professional musicians in Lithuania and abroad.